Ratio is used to measure the quantity of an object in terms of the other object(s).

In the olden days you may have to trade in the barter sytem.

Or, you are going on a holiday and you need to exchange your currency to another country’s currency.

Or even when you are going to make a cake and need to mix a variety of ingredients.

These are some of the examples of which a good basic knowledge on mathematical ratio might really help you.

At least you wouldn’t want your cake to taste awful, would you? =) .

Ratio can be expressed by either a colon or as a fraction between the two quantities you want to compare.

Let’s see the example below:

For example, if Andy has a bag consists of ten candies, how many candies would there be in 5 bags?

Or we can calculate the proportion of the ratio between the bags and candies,

Just remember, there are a few things to keep in mind:

– To simplify a ratio expression, you can use the HCF (highest common factor) to divide both numbers in the ratio.

– More often than not, it is generally helpful to sketch the diagram and solve the questions by using the box method/unitary method/the bar model.

– Sometimes it is easier to solve the problem by writing the ratio in fractions.

– If you need to compare more than 2 quantities, find the LCM (least common multiple) of the same quantity that is being compared.

PRACTICE MORE WITH THESE QUESTIONS BELOW!

As always, if you have any particular questions to discuss, leave it in the comment section below. Cheers =) . 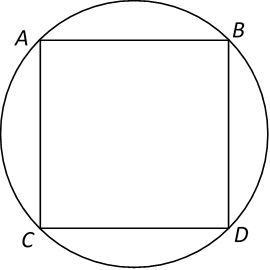